What Happened in Myanmar?

On Feb. 1, 2021, Myanmar’s military launched a coup and seized control of the government, less than a decade after the nation began its transition to democracy. Myanmar’s elected leader Aung San Suu Kyi was arrested, and other top figures from the ruling party were detained. In the weeks that followed conditions deteriorated and chaos took over the country.

The motives behind the coup are especially perplexing because the military enjoyed complete autonomy under the 2008 constitution which they have now abolished. This included the right to veto any legislation in Parliament. Most observers believe the coup to be a power play by one man, the commander in chief, General Min Aung Hlaing, seen in the photo above. With his Chinese allies and powerful cronies, some within his own family, he has plunged the country into violence and terror. Natural resources are being plundered at will and many ethnic groups are being persecuted.
One example, are the Chin people who trace their spiritual ancestry back to the first missionaries who came to Burma. In late September, government forces attacked the town of Thantlang burning dozens of homes and buildings. Eight thousand people fled. More than 20 years ago the same town clashed with the military over the erection of a large cross to celebrate the 100 years of protestant Christianity in the region. The military destroyed the monument.

Many aspects of life in the capital city of Yangon have been disrupted. Electricity and cell / internet service are routinely cut off without warning. Food, medicine, banking, and hospital services become unavailable for indeterminate periods. Most disturbingly, thousands of regular people have been abducted by the military and many have been killed, including children.

What are the impacts to our Galilee Home and UBS family?
-International travel in and out of the country are effectively restricted indefinitely. Part of this is due to the Covid pandemic which has also hit the country hard in recent months.
-Crime, petty theft, and violence have been rampant in the city and have, at times impacted the Galilee/UBS compound. Countless sleepless nights have been spent with the kids holed up, armed with sticks and farm implements while chaos churns just outside the gates.The high wall Morris constructed last year was a clear result of God’s providence as it has protected our precious family many times since the coup started
-Funding transfers were interrupted for some weeks, but we are deeply thankful to report that we can now make reliable transfers at a very favorable exchange rate. There are some concerns that the Burmese Kyat has been falling rapidly in value. For now, that means that the US dollars we send are of more value than ever. Within the walls of the Galilee Home compound peace and serenity reigns. This place is a refuge of safety in the midst of a dangerous storm. Please pray that these beautiful children and their caregivers will remain safe. Pray also that the powerful ministry of Galilee and UBS will continue to impact the people of Myanmar. We are especially concerned about rumored forced conscription of teenage boys by the military as there are many reports of this happening. Below you can see the older students studying on one of the laptops provided by your gifts sent through Interhope. In fact, everything you see (clothing, furniture, buildings, books, food, etc) is the fruit of the loving gifts of God’s people, multiplied by His exponential provision. Thank you so much for giving to the Lord! More has been accomplished than our words can tell in a lifetime. 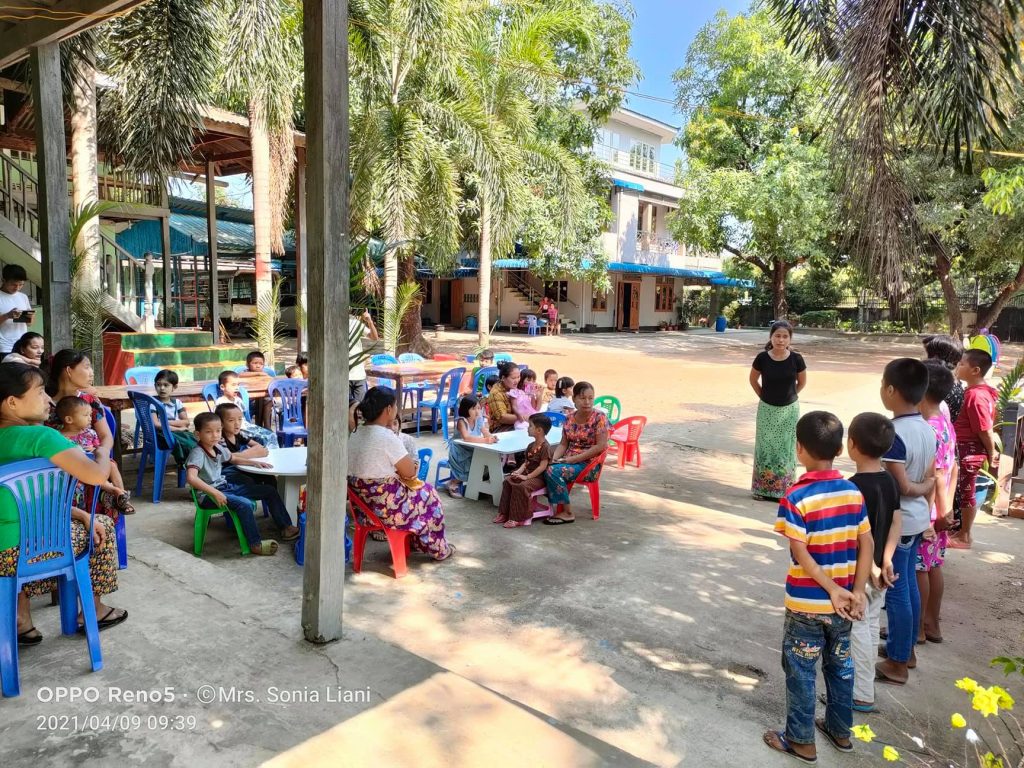 Dispatches from the front lines of the Mission Field

What Happened in Myanmar?

On Feb. 1, 2021, Myanmar’s military launched a coup and seized control of the government.

That Fear is Not from God

For God has not given us a spirit of fear...

There was an early morning fire at the UBS / Galilee campus in Myanmar recently.

A little girl in Wisconsin reached out to touch the hearts of hundreds of orphans.